The Urge to Merge

The major pressures hindering pharmaceutical industry success have not changed—payer constraints on drug costs, R&D productivity, an increasingly risk-averse regulatory climate, generic encroachment, and negative public perceptions linked to reputation. The controversial kickoff of the Affordable Care Act in the pivotal US market adds a new dimension to an already complex environment. It follows that the appropriate industry response to these challenges has not changed much either: future industry growth will depend on its ability to develop and successfully market innovative new products while adapting to the rapid transformation in the way healthcare is financed and delivered.

Looking at the latest rendition of the Pharma 50, prescription drug revenue rankings for the top 10 major global players in 2013 show some modest shifts among the leaders, but no change in the members of the group. While Novartis has displaced Pfizer for the top spot, both of these firms have already engaged in deal-making in 2014, which could reverse the pattern again.

To successfully access innovative products in areas of high unmet medical need and sustain revenue growth, many firms have chosen to acquire or merge with competitors. In 2009, the industry changed dramatically when three high-profile mega-mergers occurred—Pfizer's purchase of Wyeth, Merck's reverse acquisition of Schering-Plough, and Roche's buyout of the remainder of Genentech it didn't already own. Mega–merger activity in the industry is not new. For example, Novartis was formed in 1996 when Sandoz merged with Ciba-Geigy, which itself was the product of a merger in 1970. Today's Sanofi is actually an entity that represents a collective of some 11 companies that had been previously independent. A 22-year illustrative history of industry merger activity from 1989-2011 is shown in the chart.

All mergers, regardless of industry, are driven by the need to sustain competitive advantage. The rationale for pharmaceutical industry merger activity over the past two decades has been the perceived need for increased economies of scale, improved R&D productivity, access to new technologies or geographies, and increased exposure to patent loss and generic competition. The 2009 mega-mergers anticipated an extraordinary wave of blockbuster expirations in the 2011/12 window, including Pfizer's Lipitor, GSK's Advair, AstraZeneca's Seroquel, and Sanofi's Plavix. However, developing and rapidly ramping up new drugs to replace the lost revenue—particularly in the US—has proven difficult.

During the most recent five-year period from 2010-2014, the mergers did not rise as high in public notice as some of those of the past. This recent window included such deals as Abbott /Solvay, Takeda/Nycomed, Teva/Cephalon, Gilead/Pharmasset, Valeant/Bausch&Lomb, Perrigo/Elan, and Actavis/Forest, just to name a few. These transactions didn't necessarily carry the lasting headline impact as those among the top-ten players, but were just as transformational for these firms, albeit on a more modest financial scale.

However, increased scale alone is not a sustainable solution to industry woes. Mergers in the pharmaceutical space have primarily been short-term efforts to realize economies of scale, fill revenue gaps, and buy time for the pipeline to produce desired organic growth. There is little evidence that the temporary increases in market share and market cap that result from these deals results in sustainable leadership or enhanced shareholder value. On the other hand, there is extensive evidence of massive job loss, facility closings, and a decrease in the commitment to R&D, marketing, and production. For companies who take the "merge to grow" strategic path, real productivity gains may be an illusion. Barriers include:

» Distraction and loss of external focus during integration.

» Demotivated employees resulting in loss of productivity (fear of layoffs).

» Loss of corporate brand equity as trusted firms disappear from the landscape.

Taxation is an aspect of merger activity that did not have a high public policy profile until today's recent pending proposals. Globalization and growth in emerging markets is another under-appreciated industry dynamic that occurred over the past 25 years. This trend has generated billions in off-shore profits for US-based multinationals. These funds have remained overseas as repatriation to the US would result in taxation at US rates, now the highest in the developed world. Several smaller deals have already addressed this concern by re-domiciling corporate headquarters to a jurisdiction with more attractive tax rates such as Ireland and Canada.

At least two of the current prospective merger proposals, Pfizer/AstraZeneca and Valeant/Allergan, can be added to the list of those attempting to capitalize on this "tax-inversion" benefit. The Pfizer deal, however, is a $100-billion-plus-proposed transaction. This vast scale has raised the issue to a level where governments are taking notice. At least in the UK, hearings have been held to explore the long-term impact of the proposal on employment, R&D innovation, and national interest. This saga is still ongoing and has important policy implications for needed action on US corporate tax reform for all US multinationals.

While the merger route to growth has recently brought this new financial dimension to light, several other deals have been announced in 2014 that illustrate a very different strategy. Central to this alternate approach is portfolio optimization. After a thorough review of its portfolio of business units, Novartis bought GSK's oncology business and sold its vaccine unit to GSK. While each firm had competing stakes before in these businesses, these deals strengthen their respective leadership roles in therapy areas where they remain, and narrowed their focus. A JV was created in OTC products between them. Apparently, both management teams viewed OTCs as core to their future, and this arrangement will broaden the OTC portfolio. Novartis also sold its animal health business to Lilly, enabling Lilly to become the No. 2 global player in this area. Another example of portfolio management is Merck's recent sale of its OTC business to Bayer, and the creation of a JV with Bayer in cardiovasculars.

These sets of transactions seem far more pragmatic than the "merge to grow" strategy. In each case, the firms carefully studied their portfolios and those of competition. They identified areas of internal weakness that would strengthen a partner and vice versa, and acted prudently. While one can question the valuations of these businesses, the portfolio optimization strategy of these players clearly appears to be win-win, and far less disruptive than the merger path and the integration difficulties that follow. It is my hope that this sensible type of deal-making behavior becomes more prevalent in the future.

It is rational to ask if the next phase of industry evolution might be a swing back toward "de-merging?" The spinout of AbbVie and Baxter's pharmaceuticals unit are examples of unlocking hidden shareholder value in pharma businesses hidden within larger health care conglomerates. The law of large numbers makes it very difficult to grow the top line for massive centralized pharma businesses. This seems to be driving Pfizer, GSK, Merck, AstraZeneca, and others to consider breaking up their large pharma businesses into separate units, or selling off groups of older products to secure additional cash for strategic investments in their chosen areas of strength. Perhaps the business model pendulum could benefit from a swing in the other direction? Like all other aspects of the human condition, the life of business is destined to repeat itself—it may cause a shock, but it is not new.

Cliff Kalb is President of Kalb & Associates and a member of Pharm Exec's Editorial Advisory Board. He can be reached at ckalb55205@aol.com. 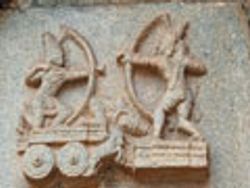 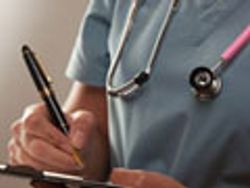 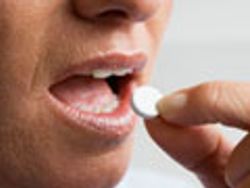 Promoting Adherence: From Force to Finesse